Coal – the end is nigh 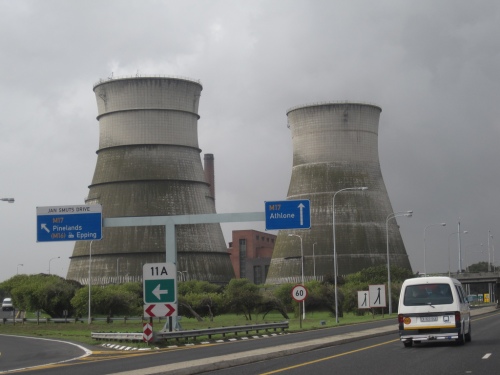 Over 90% of our electricity in SA comes from coal, and with Eskom’s plans to return to service three coal power stations and plans to start constructing a new power station ,Medupi, this doesn’t look likely to change any time soon. Eskom is also looking at building yet another station- Kusile.

Apart from the obvious that coal is highly polluting, there may be another reason for us to move away from coal. We’ve all heard of peak oil, but what about peak coal? The Association for the study of Peak Oil of South Africa has said that South Africa’s coal reserve may be much smaller than previously thought.

Annual coal production could reach a peak and begin to decline within a decade – or might even have peaked already. The total domestic consumption of coal in 2009 was 176 Mt. 123 Mt (69%) of this was burnt by Eskom in coal power station, Sasol consumed  40Mt (23%) and industry and small consumers accounted for the remainder.

Official Government figures for SA’s coal reserves were revised downward from 50 to 30 billion tons a few years ago; and scientists are now doubting the new figure. Latest estimates could be as low as 10 Billion tons of recoverable coal reserves remaining in Southern Africa.

Coal is a finite resource and it looks as if we are going to run out of it sooner than expected. As it becomes more scarce, coal will become more expensive, pushing up electricity prices. This will have a knock-on effect on other sectors making other goods and services more expensive too. Yet another reason for SA to start a transition to a low carbon economy.

But what are the alternatives?

Energy conservation is the cheapest, easiest and cleanest way of reducing our country’s carbon emissions and the best part is that we can start now.  We need aggressive energy efficiency targets to be set by Government.

Renewable energy is a great alternative to coal. Not only is it low carbon but creates more jobs than coal or nuclear technologies. A recent study showed that 33 700 jobs could be created by 2030 by pursuing policies to boost SA’s renewable manufacturing capabilities.

Currently South Africa has an existing renewable energy target of 4% by 2013 but has currently achieved less than 1%.

President Zuma’s State of the Nation Address yesterday focused mainly on job creation and he stated that this year SA would start investing in renewable energy. Let’s hope we see these words turned into action, and that strong renewable energy targets are set to help address SA’s jobs and energy issues.