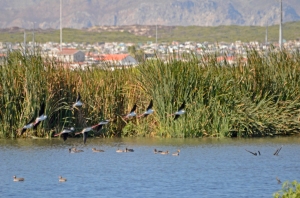 Sunday the 2nd February is World Wetlands Day which commemorates the signing of a world-wide convention to protect wetlands. The Ramsar Convention was signed in 1971, in Iran, on the shores of the Caspian Sea. This day aims to raise awareness on the importance of wetlands.

There are a number of wetlands in and around Cape Town, however urban development has changed many of them. Many small wetlands have been drained or filled in, while others have become permanent lakes because they receive large volumes of water from storm-water drains, e.g. Zeekoevlei and Princessvlei. Wetlands are threatened by nearby developments, pollution, fertilisers, sewerage, stormwater run off and livestock manure. Read more.

Local communities want to save Princess Vlei from development

What can I do to help save wetlands?

One of our local wetlands, Princess Vlei is being threatened by developers who want to build a shopping mall.  The local community and environmental groups are opposing this development because:

If you would like to get involved in saving Princess Vlei, read more here and sign their petition. 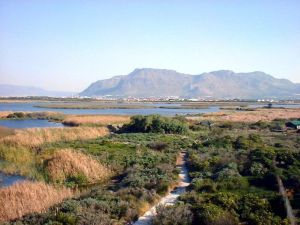 To find out more about what organisations and community groups are doing to help conserve wetlands, go to:

Here is a link to a map of all the wetlands.

This entry was posted in conservation and tagged activism, conservation, Sustainability. Bookmark the permalink.