Project 90’s response to the budget 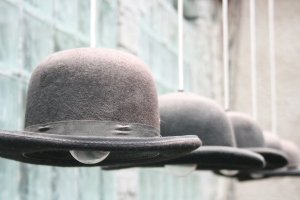 It seems that the budget speech for the 2014/2015 year, has somewhat taken recent developments into account (regards to energy planning and international trends), this is not the same practice that we witnessed last year. This year, the budget speech needed to speak to a number of critical issues which are not just limited to health and education or GDP growth but considers climate change and the ever increasing role of cities to effectively address socio-economic issues.

One of the pressing issues that cities have to deal with is the ever evident economic inequality which is manifested in many ways, one of which is access to electricity and basic services. However the fact that the budget eludes to the establishment of an integrated city development grant, where the implementation of human settlements is now primarily a city function, raises a number of questions:

2.            With the aim of connecting 905 000 household to the grid, how will this aim be achieved considering Eskom’s emergency situation? When majority of the households are either informal settlements which are in un-electrifiable areas or are in remote rural areas? Will these households be able to afford electricity? Will FBE be extended to these households? And what about the many RDP-houses, which need to be refurbished to comply with the new energy efficient building standards, which would reduce the cost of living in these houses and create much needed local jobs?

With the above mentioned questions, it is important that the Government’s National Development Plan (NDP) be implemented with a specific focus to decentralized electricity generation. Decentralized electricity generation maybe an aspect of infrastructure investment but it also decreases transmission losses and increases energy access as well as reliability, thus making the aim of connecting 905 000 to the grid possible.

The fact that NDP was created with Climate change in mind and the budget speech speaks specifically to the NDP, it would be prudent to utilize low carbon technologies and responses to achieve the developmental goals that the NDP and New Growth Path have set. Consider the functions of the city to provide housing and basic services as a suite of services that are delivered per household. Nothing excludes response programmes to include energy efficiency and demand side management measures. That result in households that have less of carbon intensity, thus directly addressing the need to have reliable and affordable energy options and or service.