April and May 2014 have been very exciting for the Leadership Clubs initiative – we had three new schools join the programme in the Western Cape.

Glendale High School in Mitchells Plain was the first of the three schools to come on board. The school is linked to the South Africa Institute of International Affairs (SAIIA) initiative, and has been involved in tackling climate change issues the past few years. The principal, Achmat Chotia, is committed to developing environmental leadership and is whole-heartedly backing the new club.

Former Leadership Club member and current YouLead-Collective (YLC) participant, Kimico Pieterson, is mentoring the Glendale High School Leadership Club. Kimico, together with the club have begun the process of planning their Low-Carbon Project – a permaculture garden. She has arranged with SEED, an organisation based in Rocklands, a visit to their gardens by the club, where club members can ask for advice on setting up and managing their garden at the school.

Newly on board, our YLC Coordinator, Blessing Mututi, has been working with Sinethemba High School in Philippi through the South African Educational and Environmental Project (SAEP). As a Project 90 mentor, Blessing will continue to work with the club, with the intention of developing the club members into young leaders. Blessing brings with her a wealth of knowledge and experience, having completed a National Diploma in nature conservation at Cape Peninsula University of Technology (CPUT). The club has already identified their Low-Carbon Project – a vegetable garden. The school has kindly offered the club an area of land to develop their garden and with Blessing’s guidance the soil has already been prepared and an irrigation system put in place.

The newest member to the Leadership Clubs initiative is Silikamva High School in Hout Bay. They have been working with a local organisation, Thrive, in establishing an environmental club. Project 90 will bring the leadership training element to the club, enabling the members to develop their skills as environmental leaders in their school and community. The club will be supported by two fantastic individuals – Liza Karp and Vuyiseka Majali, both from the Hout Bay area. Liza from Thrive has worked with the club in setting up their vegetable garden. Vuyiseka hails from the Project 90 Leadership Clubs initiative as a mentor, and will be working with the club to develop their organisational, communication and action planning skills, to implement a Low-Carbon Project and a Day of Action later this year. 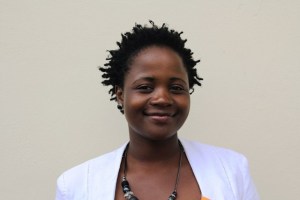 Until a new building is erected on the grounds later this year, the school will be operating from temporary buildings. This proves to be an excellent opportunity for the Leadership Club to get involved in creating an environmentally sustainable school and surrounds.

It is hugely heartening to see new schools approach Project 90 – principals and educators are recognising the need to create a strong foundation in environmental leadership, beginning within the school community with solid guidance and support. In the third term, the Leadership Clubs together with their mentors will be carrying out their Day of Actions, and completing their Low-Carbon Projects in time for their assessment in the fourth term. Watch this space to learn more about the young leaders from Glendale, Sinathemba and Silikamva High Schools.