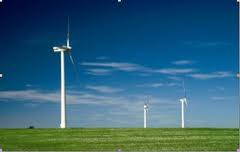 With local elections coming up, we have an opportunity to stop and think about the future, where we’re going and who we want to lead us there. Now many of us are cynical about politics, or even resigned to the point of not bothering to vote. Maybe you are thinking your vote won’t make a difference or the politicians are merely promising things that we believe that they’ll never deliver. The aim of this article is not necessarily to encourage you to vote, though it probably will, but rather to assist you to deal with the resignation and cynicism about many things, including our own ability to effect wider change and our elected leaders’ abilities to lead that change.

When it comes to making an impact on larger-scale problems like climate change and environmental degradation, the first thing to accept is that we’re all in this together and pointing fingers or laying blame on others is probably a royal waste of time. Yes, we must ensure that we do our best to make sure our leaders are accountable, and that includes making a commitment to being accountable ourselves.

I like to think back to early 2008 when there were frequent power cuts in Cape Town, and how suddenly many people in my work or my social circle were talking about how to save electricity in future, or how they adapted to the load shedding after a 7 days or so, or the fun things they did when the power was off.

While doing some surveys on energy usage at the time I was also heartened by how many people wanted to do their bit to avoid future load shedding and felt that it was the right thing to do. After the load shedding stopped, that all went away and maybe popped back into social awareness with the occasional Earth Hour event in March or as electricity price hikes were approved.

Much of my own work involves research on what actually leads people to change the way they live. To put it very simply, radical behaviour change has the best chance of happening when we become aware or conscious of something. This awakening usually takes place, not when we learn the facts, but rather when we see or experience the direct impact of our actions and can no longer tolerate or ignore those impacts.

For example, at a recent workshop I facilitated at the Domestic Use of Energy conference, we used a process called Appreciative Inquiry[1] to find out what is at the heart of people changing their behaviour when it comes to wise use of energy – not at a theoretical level, but a personal action level. The participants were about 20 in number, very diverse and ranged from energy professionals, academics, city officials and utility representatives.

It was fascinating to find that many of the participants shared the biggest change in their awareness took place when they had first-hand experience accompanied by an emotional impact, or saw something vividly illustrated. One participant shared how seeing first-hand the devastation caused by a shack fire made him want to improve the safety of stoves. Others had travelled to countries or been in situations where power cuts are the norm, and you have to make the most of limited electricity availability. Others had visited a coal-fired power station, and standing there watching the huge amounts of damage being caused to air, water and ground made the connection to the light switch in her home. These are moments in their lives where they made the connection, had an “a-ha” moment and chose to change their attitude to energy usage, and indeed resulted in their choice of career in the energy sector.

We discovered from the workshop that what we want in society is more people who care, more people engaged in their own lifestyle choices, and that people do in fact attribute their changes in behaviour to real-life experiences that lead to increased awareness and consciousness.

The biggest “a-ha” moment for the workshop was when someone pointed out that we were having an energy appreciation workshop in a room that had too many lights on and where the air conditioning was set to the extent that people were cold inside on a hot day!

When it comes to energy, around 30% of our society still does not have access to affordable and safe energy resources. Those of us who do have access, are generally unaware of where our energy comes from, or what the impacts are, and verge on being wasteful, or pay no attention.

There are a number of things you can do that will be a good medicine, even if not a complete cure for resignation and cynicism. These are two broad areas to look, preferably in the order in which they are given, as that way you can be more informed about the second set of actions:

1)      Go and pay a visit to your nearest power station, refinery or landfill, visit an area that has no electricity or intermittent electricity (great reason to go travelling or to stay outdoors), or talk to people who don’t have what you have, monitor your own billing and measure your carbon footprint. For me, books and documentaries are also great for raising awareness. I stopped eating meat after seeing one such documentary and have been much happier for it.

2)      Go and vote for the people you think will have your interests at heart, and follow up by making sure they deliver on what they’re committed to. You can protest for or against the kinds of technologies you do or don’t like, but to make sure that you have your money invested with those you are protesting for or withdraw it from those you are protesting against. You can protest against hydraulic fracturing in the Karoo but remember that you probably support the companies applying for the prospecting by buying their products every day, and you may even have your retirement funds invested with them. So if you thought there’s nothing that can be done and we’re all doomed, you probably have a few places to start taking action on.

I realised in the workshop that although there were a bunch of highly knowledgeable energy people in the room, when we started talking about their personal experiences, the room could easily have been filled with a bunch of ordinary people or politicians, and the results would have been just as powerful. When we start to discuss and tell stories about the things that really matter to us, and share the life-giving moments in our life, we see that we’re all in this together. I’m not attached to whether you choose to vote or not, but if you do choose to vote, then be prepared to support those you vote for to have your wishes come true. If you don’t vote then commit to some actions that take you in the direction of creating the kind of world you want to live in, or support others in doing it for you.

I’m going to end this article with a couple of questions, since I probably haven’t given you many answers.

Can you think about a time when you changed something in your life for the better? What could you gain by sharing that experience with someone else? What could they gain?

[1] Appreciative Inquiry is Appreciative Inquiry is a collaborative, strengths-based approach to both personal and human systems change that is proving to be highly effective in thousands of organizations and communities in many countries around the world. It is a way of bringing about change that shares leadership and learning – thus, fully engaging everyone in the organization or system.